The Shining is considered by many to be one of the best horror movies ever made.

Stanley Kubrick’s directing and Jack Nicholson’s iconic performance have made The Shining one of the most revered, referenced, and emulated movies in history. To make a sequel is no easy task but that is something that director Mike Flanagan has taken on. Based on the Stephen King novel of the same name, Doctor Sleep is at its best when it shows off its more creative and original side but falls flat as an homage to The Shining.

The film follows a grown-up Danny Torrance as he tries to get over the pain and trauma being in The Overlook Hotel caused him. Along the way, he encounters Abra, a young girl who has similar powers as him, and together they must stop The True Knot Tribe from feeding off children with powers in order to remain immortal.

RELATED: Get Your Halloween Fright Night On With These Editor-Approved Spooky Flicks

Ewan McGregor plays a grown-up Danny Torrance and for the most part he does a good job.

There is a weariness in his performance because of how much the events of The Shining really broke him and his family. Even as an adult, he struggles to face the trauma of his childhood. He tries to make himself better but he knows he still has his fears deep inside of him and this becomes one of the central themes of Doctor Sleep, facing the demons of your past in order to move forward

In contrast to Danny’s more somber view of the world, there is Abra Stone played by Kyliegh Curran, a young girl whose powers are extremely strong and that of which The True Knot Tribe want. When she is first introduced, she comes off as a happy and innocent girl, but as the movie progresses, and as she gets exposed to the dark side of her powers, the audience sees her change into a more mature person. In fact, there are times where she enjoys and encourages the pain she causes to other people. By the time the movie ends, she becomes a girl that has seen the darker side of things and knows how to face them.

Rebecca Ferguson plays Rose the Hat, the leader of The True Knot Tribe. While she nor the tribe reach horror icon status as The Overlook Hotel itself, Rose is an effective villain. She isn’t afraid to get dirty which includes killing children. Rose has this confident aura around her like she isn’t going down without a fight but at the same time, she isn’t invulnerable because she can still experience hardships.

At over 2 and a half hours long, Doctor Sleep is on the longer side of most movies but the length mostly won’t be felt by the viewer.

The movie does start of slow though with its first act being dedicated to setting up the setting and story of the main characters. At times, it can come off boring as the movie jumps between different times and locations to establish the story.

By the second act, the story and action pick up and this is where the film is at its strongest. It’s exciting to see Danny and Abra use their powers against the True Knot Tribe as the film employs some creative and almost psychedelic visuals whenever their powers are used. The film does its own thing that makes it stand out from the crowd. The way in which Mike Flanagan visualizes how the powers are used is   done so in a way that is not seen in most horror movies. 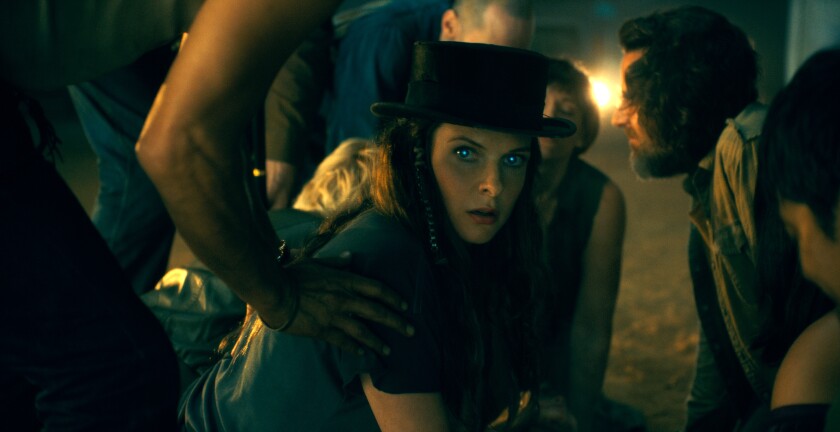 In the third act, the homages to The Shining are clearly seen here and while it is nice for the movie to have direct references, they overstay their welcome.

For those who haven’t seen The Shining, most references seen in the third act won’t make that much sense while for those who did see it, some references become overused. It feels weird seeing characters who have no connection to The Shining witness iconic scenes from the original because those scenes become devoid of their meaning.

The movie even has the characters of Jack and Wendy Torrance appear in this film and while these aren’t bad lookalikes, they pale in comparison to the characters they are emulating. The finale had a lot of potential and for the most part it delivers but the constant need to make callbacks to the original and to please fans of Stanley Kubrick’s film blunts the ending. The appreciation for the first movie is there but it could have been toned down a bit.

Mike Flanagan is known for his horror movies to take a slower, more tension building approach and that is on display in Doctor Sleep.

This movie isn’t a fast-paced jump-scare-at-every-turn kind of movie but a slower, more contemplative horror movie. The film takes it time to build the atmosphere and characters rather than scare the audience any chance it can get. Once the scares happen though, they are done effectively.

All in all, Doctor Sleep is a creepy film that works better as a horror film on its own merit rather than a homage to a horror classic. The film gives off an ominous and almost dreamlike feeling. It also mixes horror with somber and a world weary view of the world. Mike Flanagan did not drop the ball here but the problem arises when it panders too heavily to Stanley Kubrick’s The Shining that it loses some of its originality. Nonetheless, Doctor Sleep is still one of the better horror films of the year and horror fans should give this movie a try.